Throughout the first half of the Lent Term, pupils in the Prep school have continued to embrace the remote learning opportunities with enthusiasm and great resilience. The work they have produced is testament to their effort, creativity and perseverance and we hope that you can enjoy looking at the excellent pieces of work featured this week. Our whole school focus on developing the soft skills could not be more relevant to the current situation and faced with sudden changes of routine and increased levels of uncertainty, our pupils have adapted well and we could not be prouder of them. We hope to be in a position to celebrate their endeavours and successes in person in the not-too-distant future!

This half term, in Year 3, we have been learning all about Rocks and Soils in our Science lessons. The children have enjoyed putting their scientific skills to use in order to carry out various investigations at home, which have included looking at the properties of different rocks as well as how soil is made. Here are some lovely examples from Abbey M, Ellie S and Grace T who were investigating the different soil horizons. 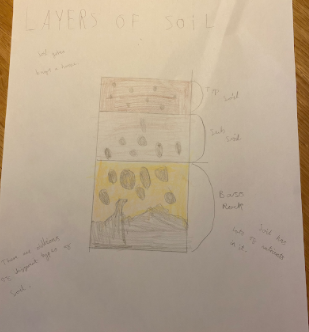 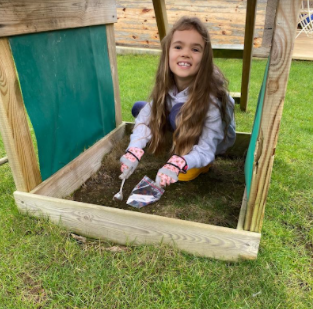 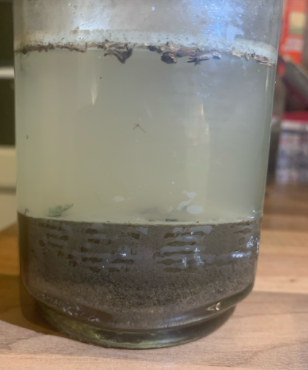 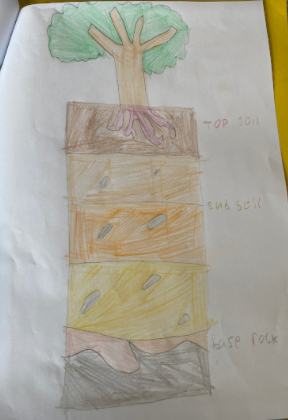 In Year 4 English lessons recently, we have been reinforcing how to write creatively, thinking about setting the scene, characterisation and different types of endings. The children were tasked with writing a story based on a visual stimulus, including a range of descriptive techniques, including adjectives, adverbs, speech, fronted adverbials. The children have produced some wonderfully creative and engaging stories this week. Below is a great example by Isobel S.

In Year 4 Humanities, the children have been working on their ‘design your own country project’. The children had to consider a range of areas for their country, from location and geography, to currency and weather. There has been a range of wonderfully creative countries created! Here is a great example from Orla B’s Powerpoint presentation:

In Year 6 History lessons, pupils have been investigating and exploring the events that led to the death of Thomas Becket in 1170 at Canterbury Cathedral. They were asked to produce a Newspaper article written with deliberate one-sided opinion based on their judgements about Thomas Becket. Was he a martyr because he died for his beliefs or was he a stubborn troublemaker standing in the way of a promising and powerful King? 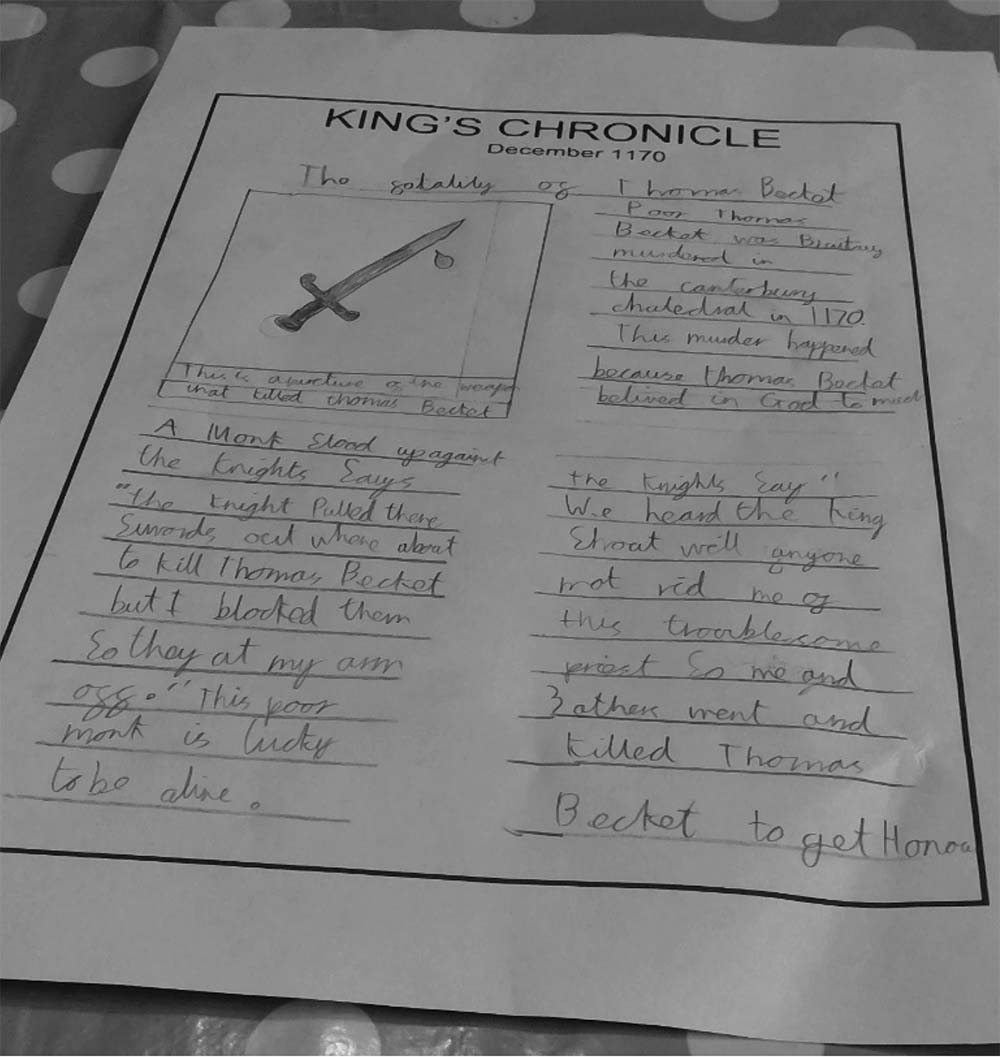 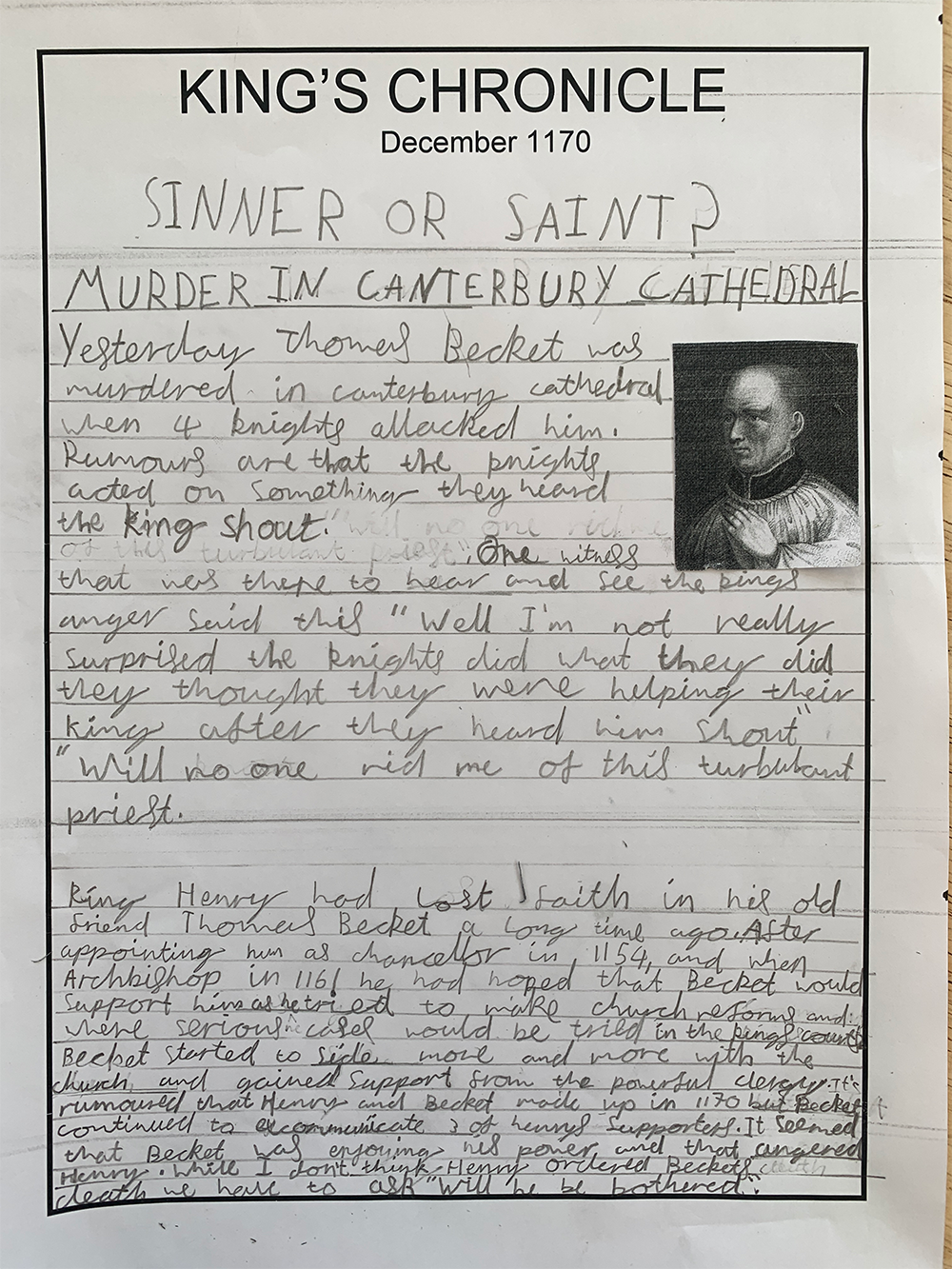 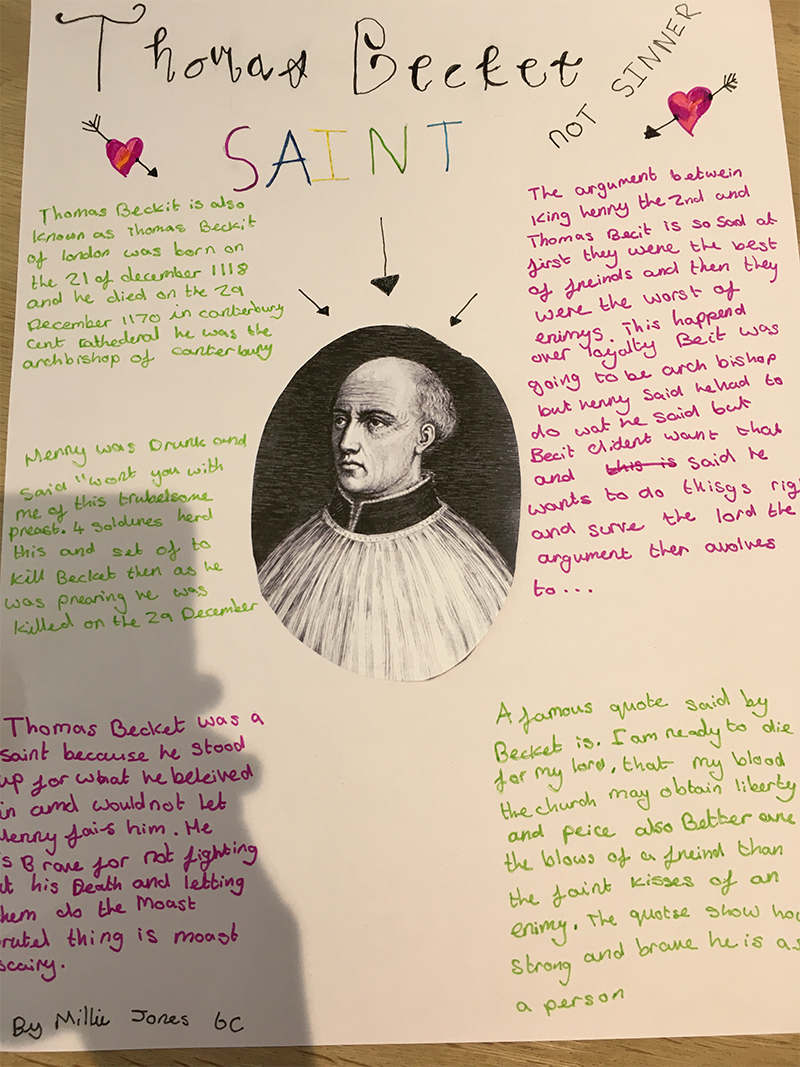 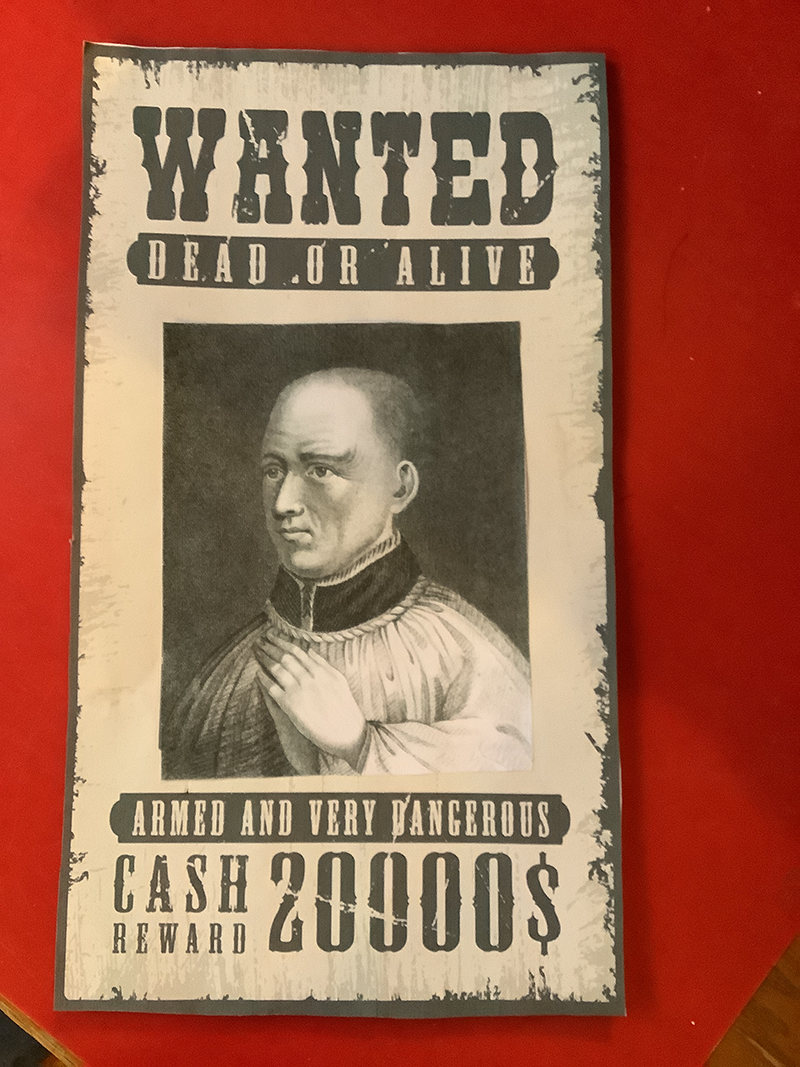 As part of our Children’s Mental Health Week activities in Year 7&8, we explored the concept of Gratitude. During the discussion, we investigated the feelings and emotions pupils experience when giving and receiving gift and then created a list of the invisible gifts of gratitude that can be given each day. Finally, we asked pupils to complete a gratitude journal based on the previous day in which we encouraged them to be reflective and identify the positive features of their life and environment. 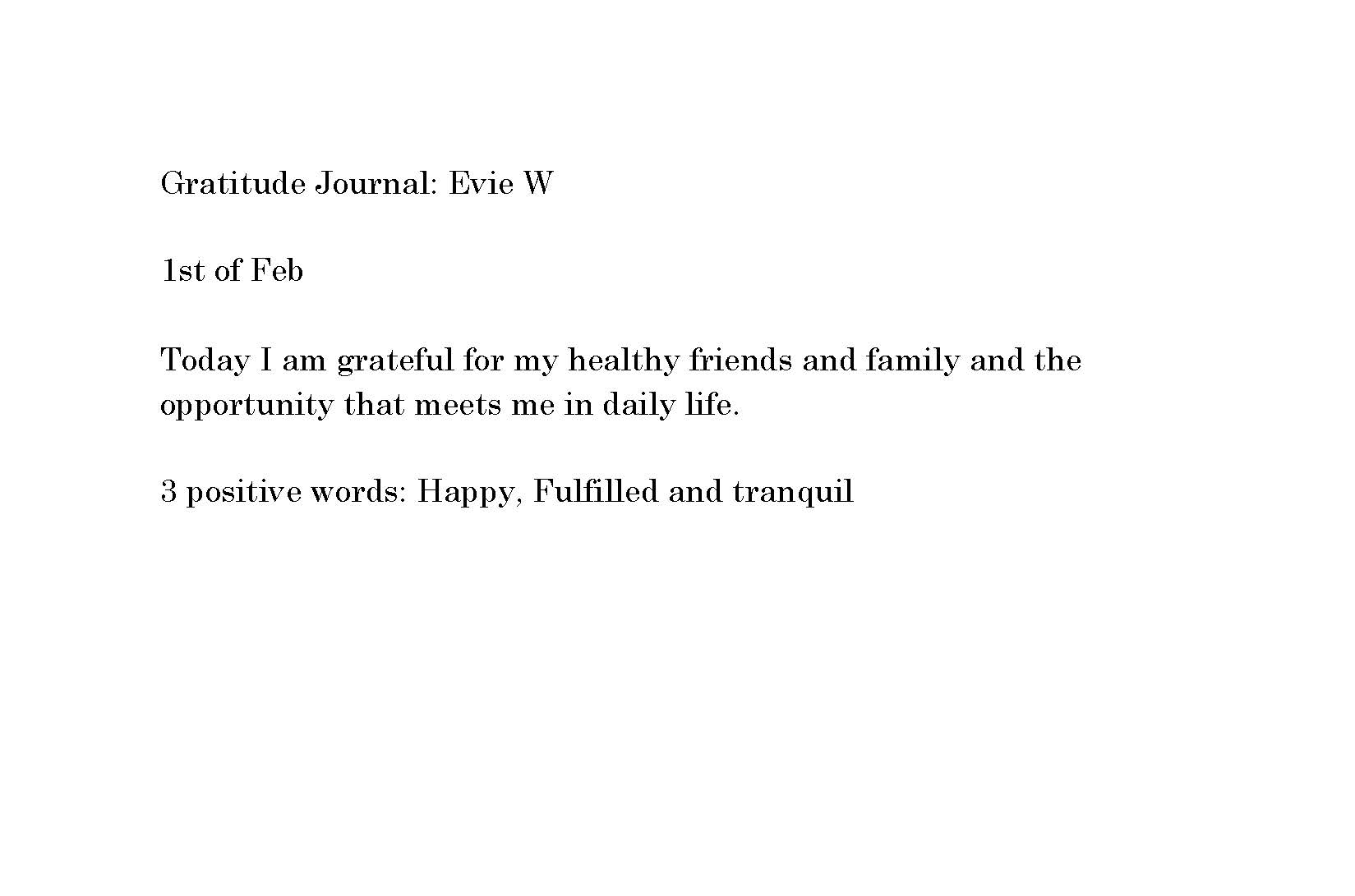 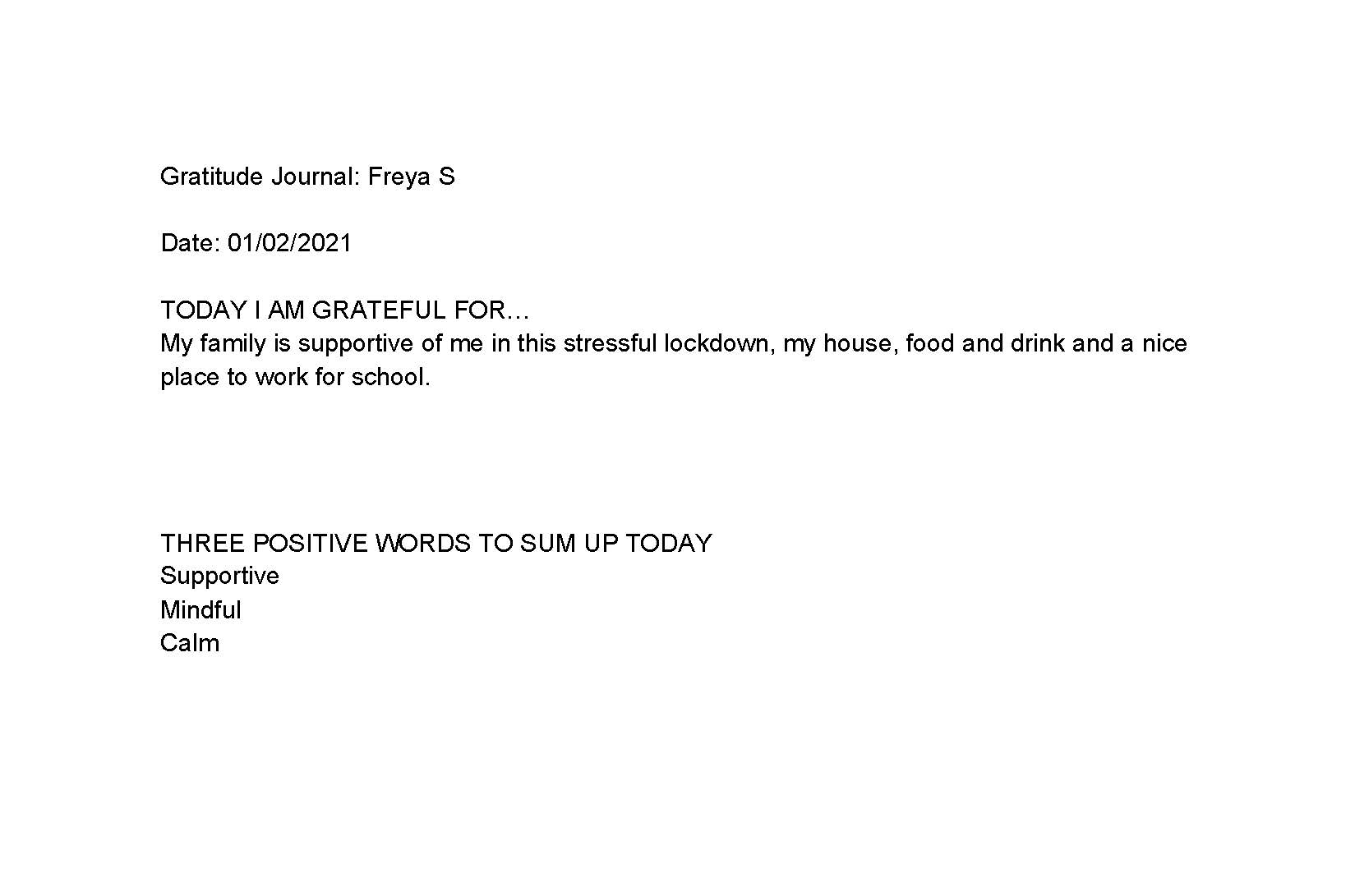 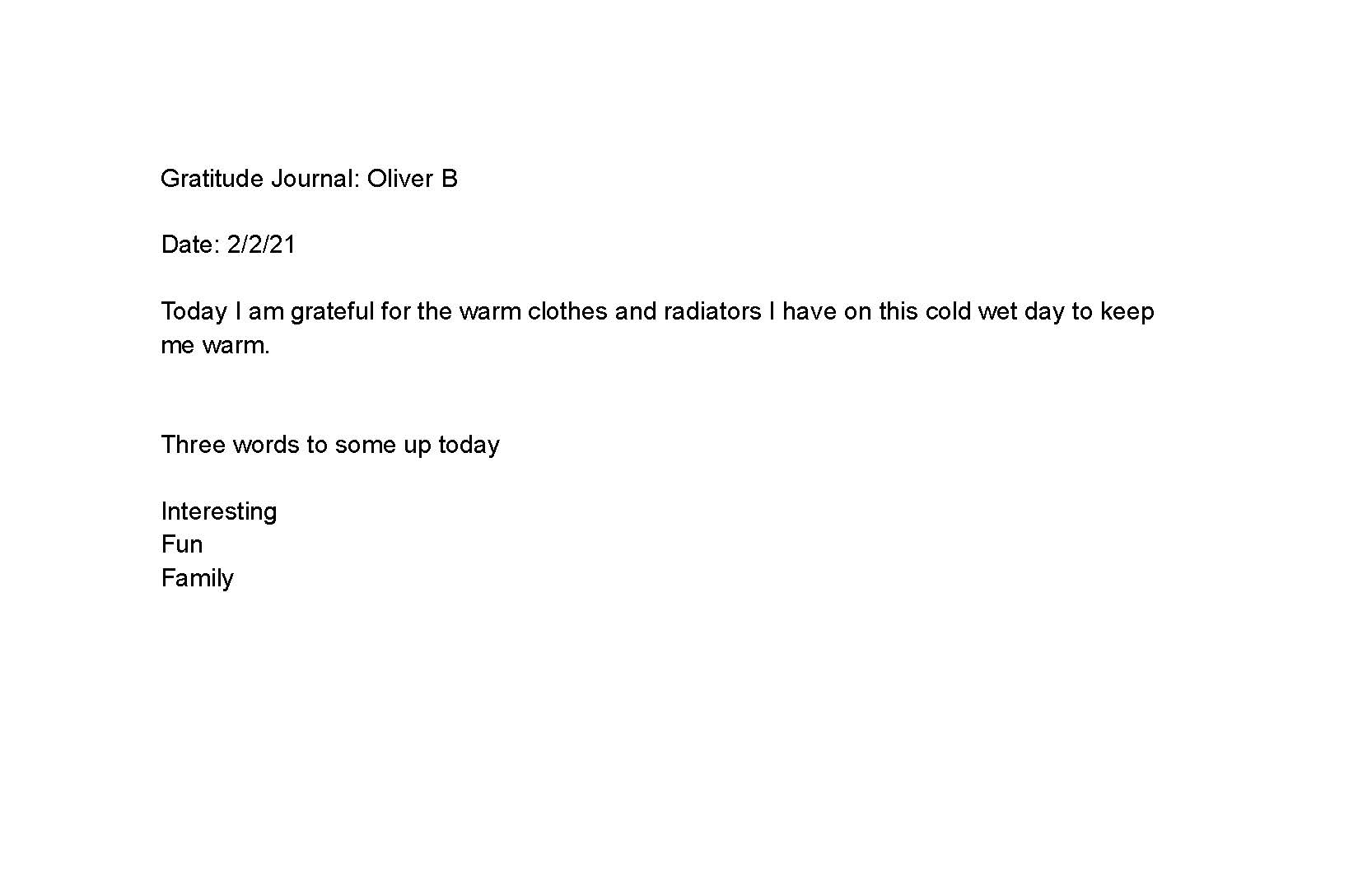 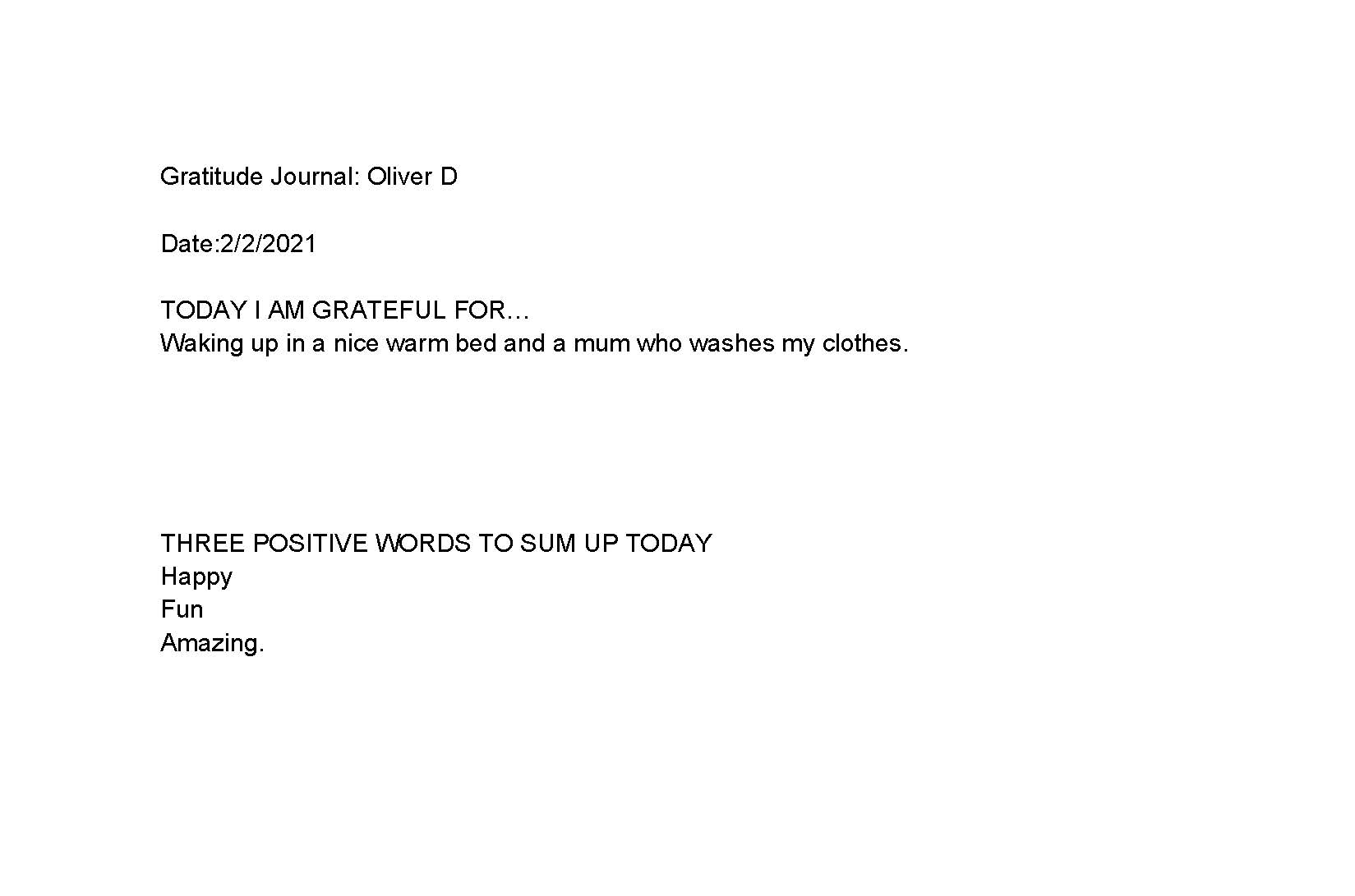 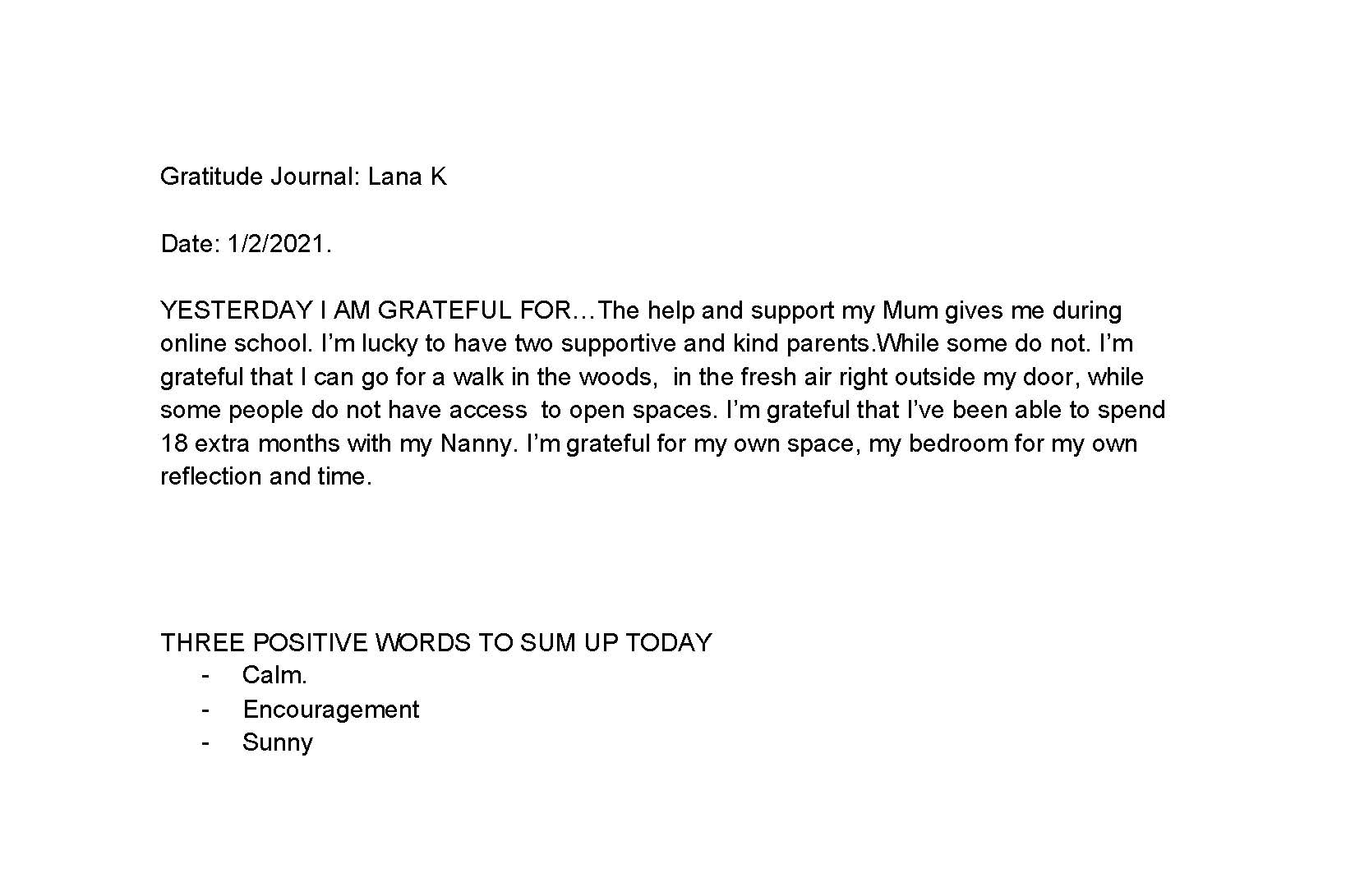 For the STEAM activities:

Isabelle B (Year4) has been particularly busy.  Worthy of a Commendation were her efforts, along with her brother, William B (Year 2), of making a rattle toy for their baby brother, Alexander. Using coloured dyes and glitter she made a most appealing toy that he certainly will love playing with!

She also produced a fantastic film on how to make a bird feeder, using titles and music in her film clip. Cleverly edited, it really is a joy to watch.

Henry T, also in Year 4 produced a stunning animation of his toy truck. It seems we have many movie producers in the making! Lockdown has certainly discovered many imaginative and exciting talents.

Rahin S in Year 8 has taken his love for cars one step further and has produced a professionally edited YouTube channel for Car Reviews. Looking at other famous Car Review Channels for inspiration he produced his own review of his own car and will, we are promised, soon to be seeing more in depth and useful reviews of other cars! Do check it out.

Our Year 5s were asked to carry out an investigation at home into how to stop an ice cube from melting as part of their solids, liquids and gases topic.
The had to plan their investigation, making sure that it was a fair test. Then observe the changes in the ice cube over the next hour, reporting back either in their table of results or presenting it as a video. Here are some great examples by Lewis K and Albie M: 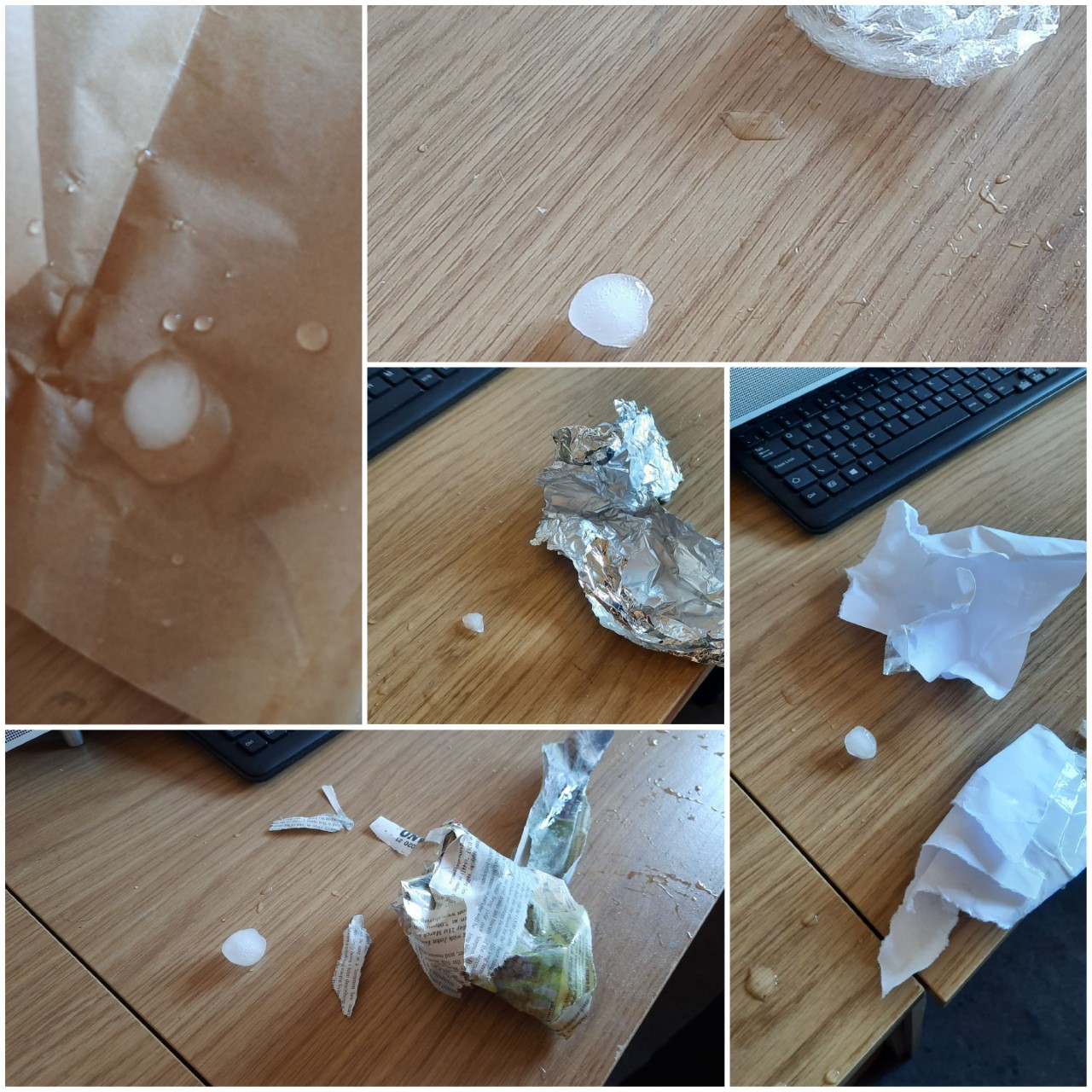 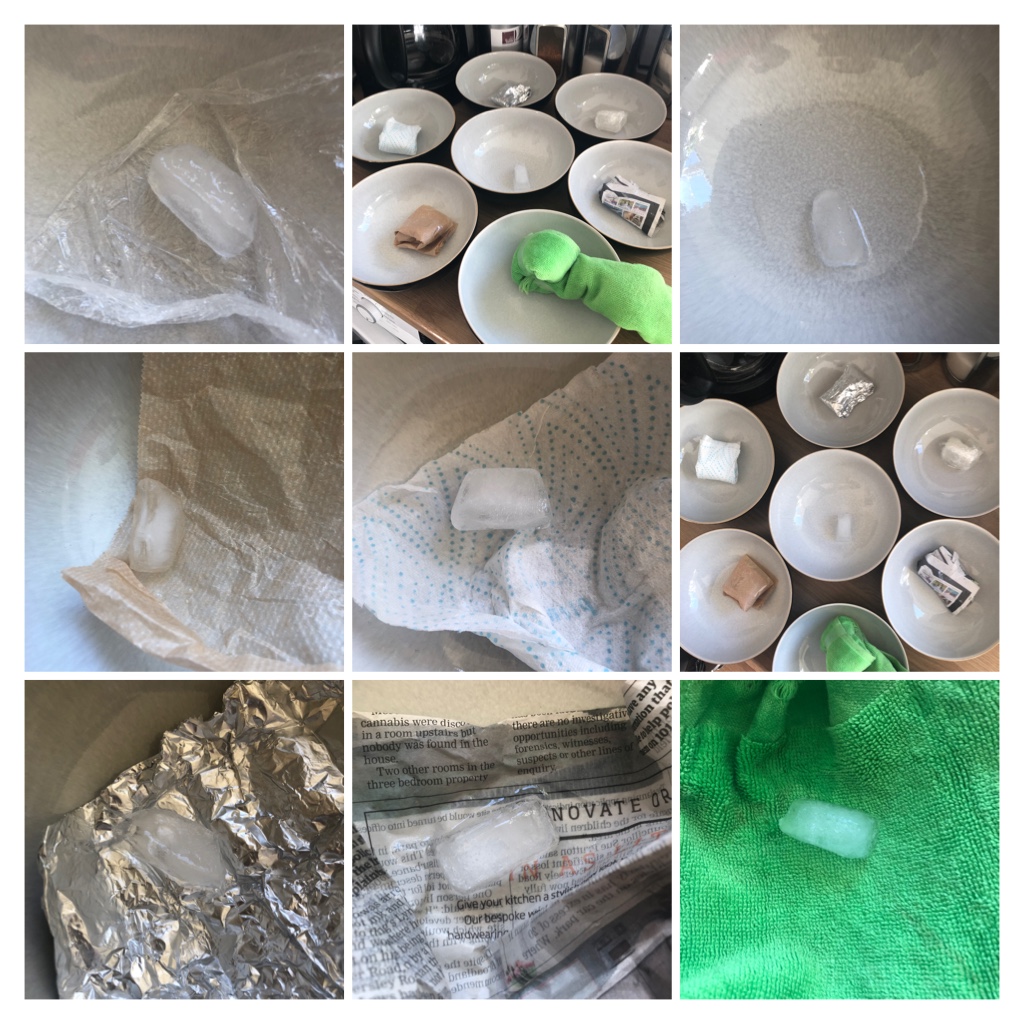 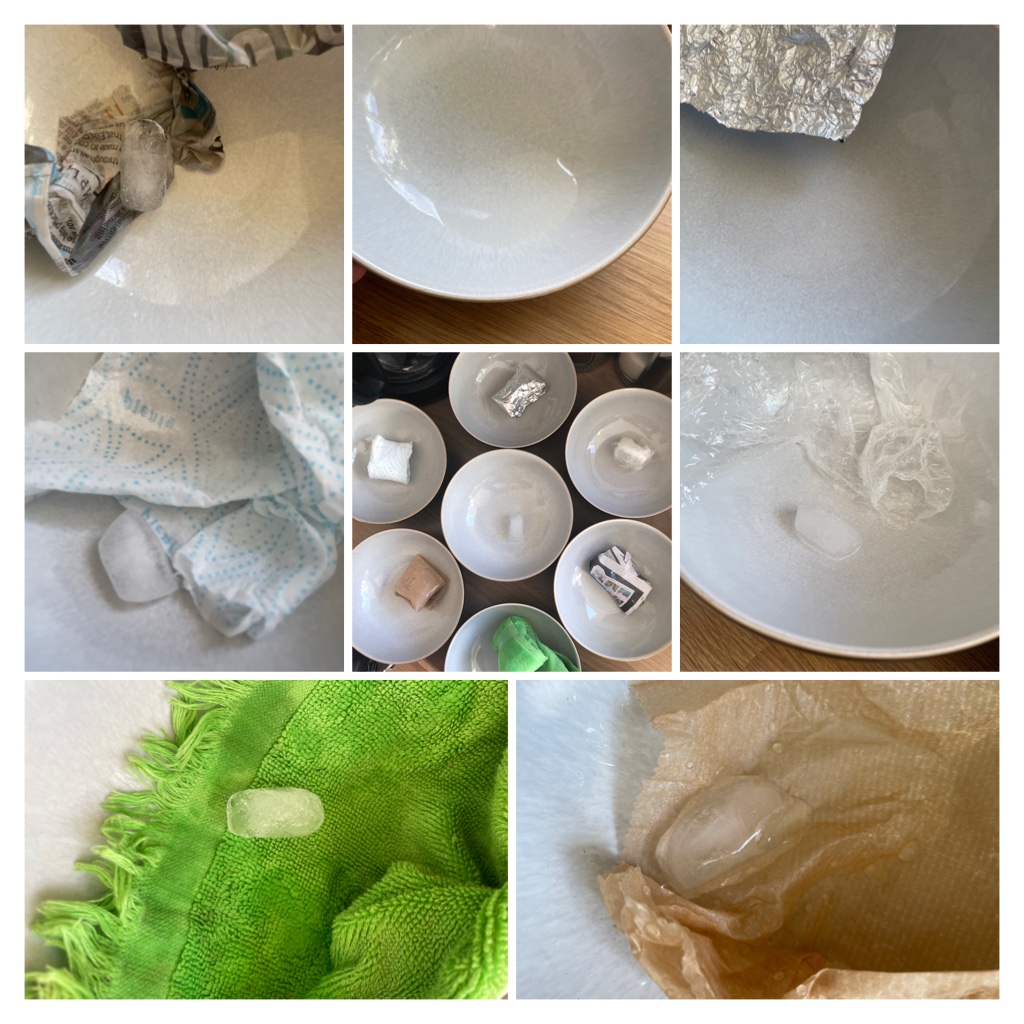