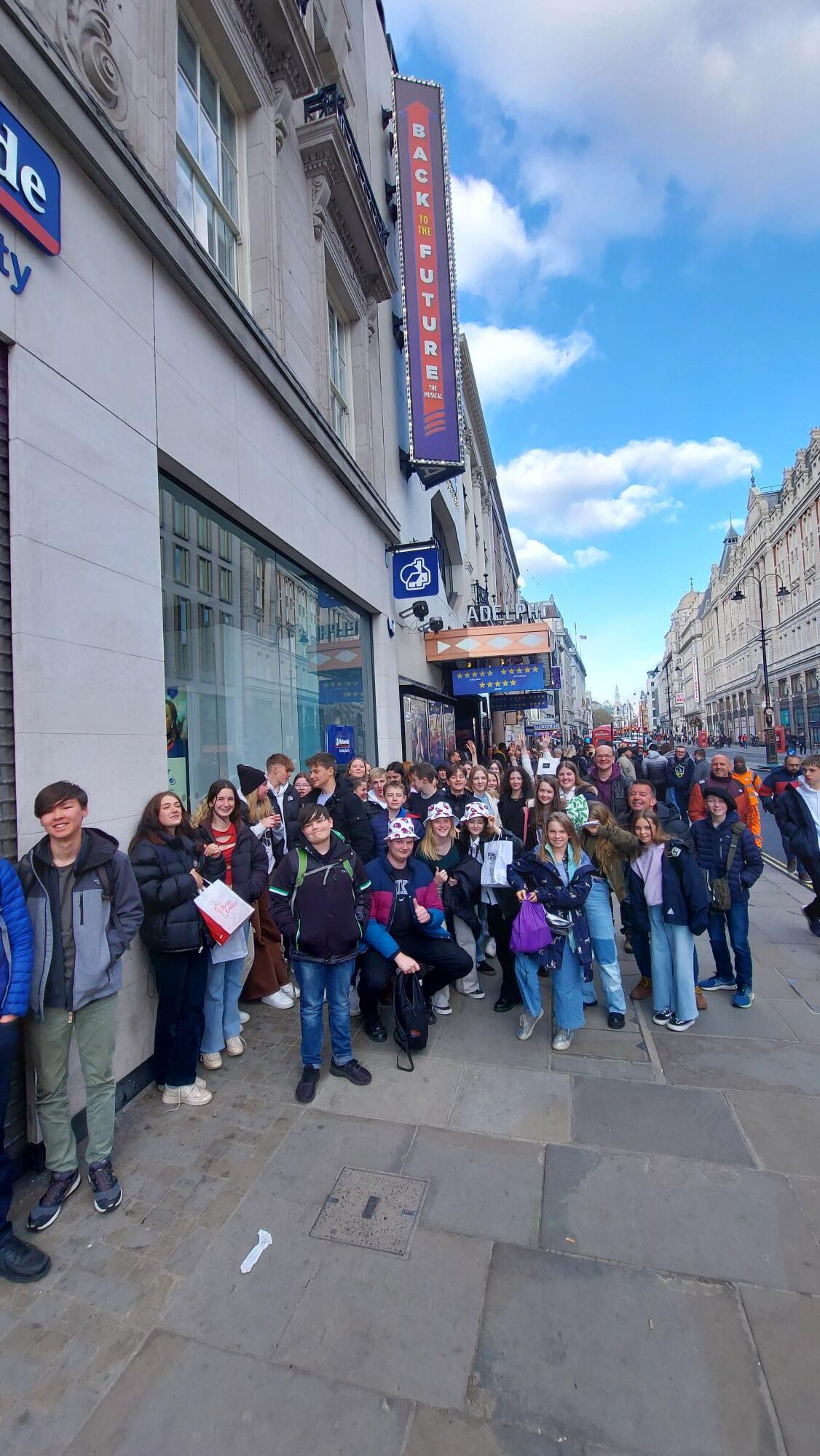 During the Easter break, cast members from Langley’s recent ‘Matilda’ production took part in a whistle-stop tour of London’s ‘Theatreland’, taking in two award-winning musicals in one day!

First up, there was Back to the Future, which was named ‘Best New Musical of 2022′ at the following week’s Olivier Awards.  After that (via a quick pit-stop at Pizza Hut!), it was then off to catch the similarly-lauded Mary Poppins!

Both shows offered our students a chance to see the magic of the West End in all its finest glory, much missed after the enforced COVID break.

As if that wasn’t enough though, the day was made ‘practically perfect in every way’ by the fact that our tour guide for the day was none other than award-winning Broadway actor Mark Michael Hutchinson, who is most famous for having played the main role of Eddie in the original 1993 Broadway production of Willy Russell’s Blood Brothers, and who has continued to tour worldwide in the role ever since.

We were delighted then to be able to get some of our ‘Future Stars of Stage & Screen’ together with Mark and to encourage their further theatrical ambitions.

Our thanks to Mrs George-Broom, Mr White and Mr Watts for giving up their holiday to facilitate such an amazing and rewarding day! 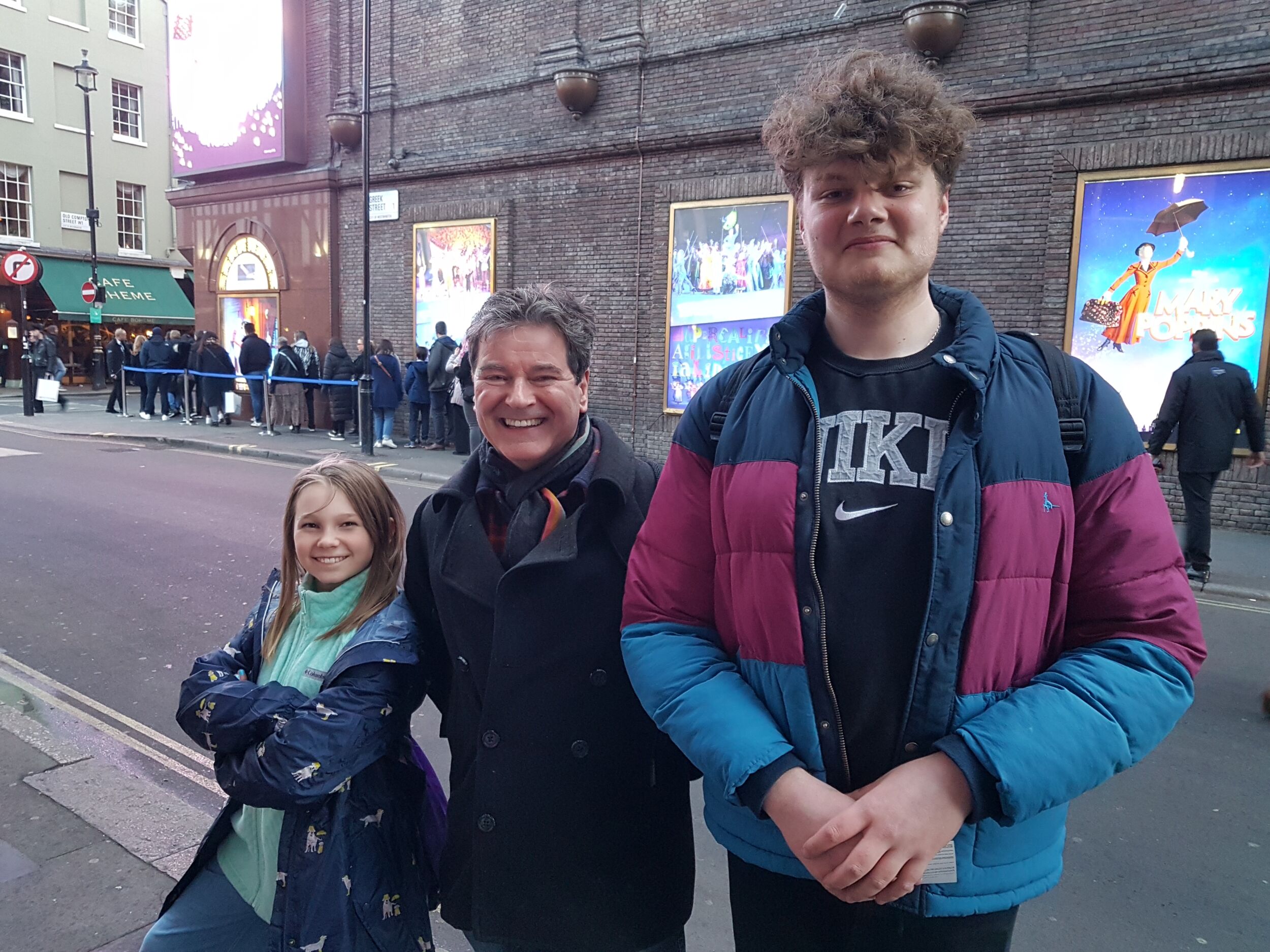 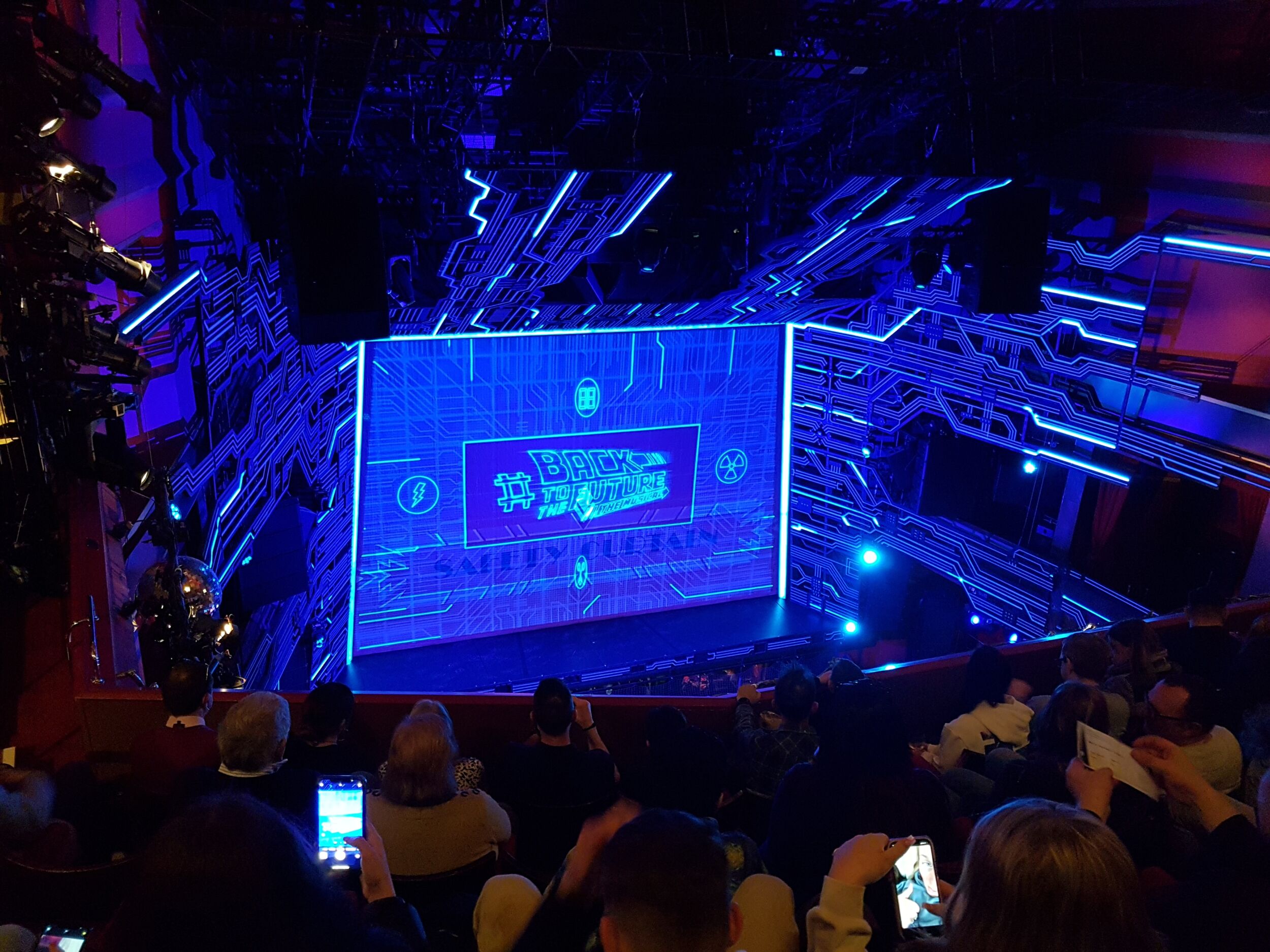 Published On: May 3rd, 2022Categories: News, Senior
Previous
Next