Once upon a time in Langley Pre-Prep

Early Years
For Fairy tale day our Early years children participated in crafts and activities based around classic fairy tales, including Jack and the Beanstalk building castles in the clouds, Gingerbread man playdough shapes and counting buttons. We will be using our imagination in our role play to act out our favourite fairy tale characters and …and having fun identifying shapes to make out own Fairy Tale picture and create castles. Outside we have been casting spells with the magic wands we made from sticks, glue and glitter. Throughout the day the children have been listening and joining in with songs, stories and rhymes relating to different fairy tales. 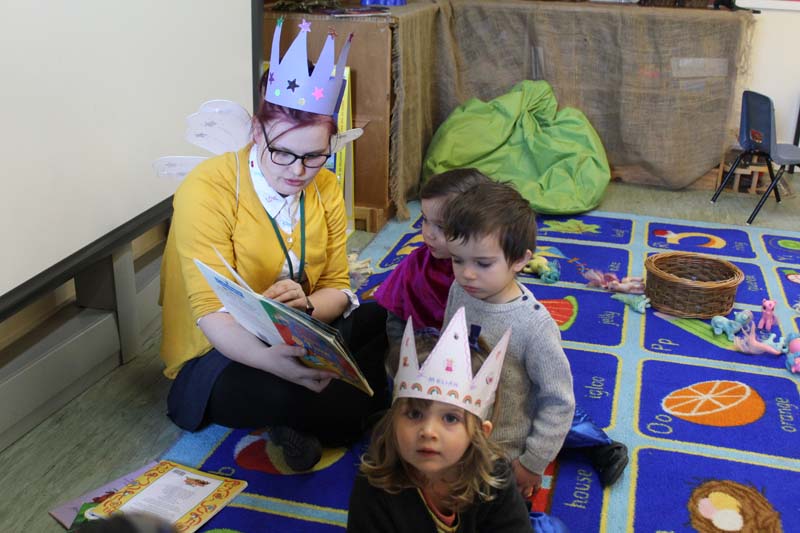 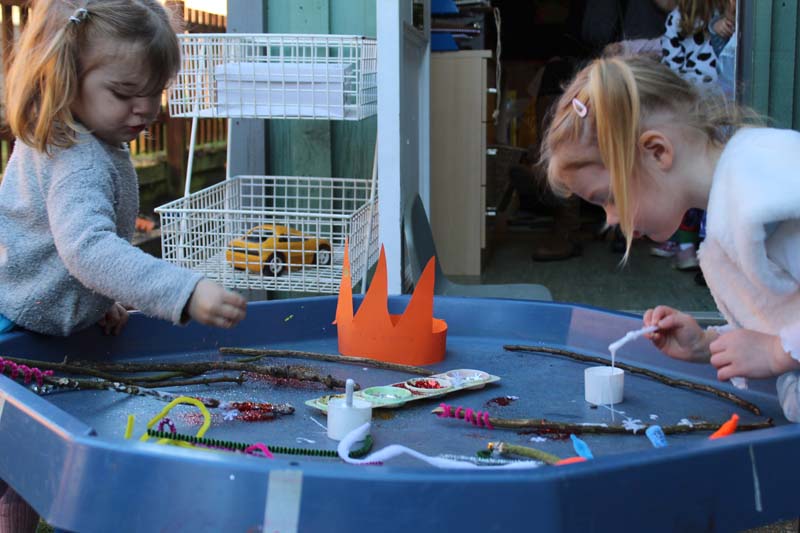 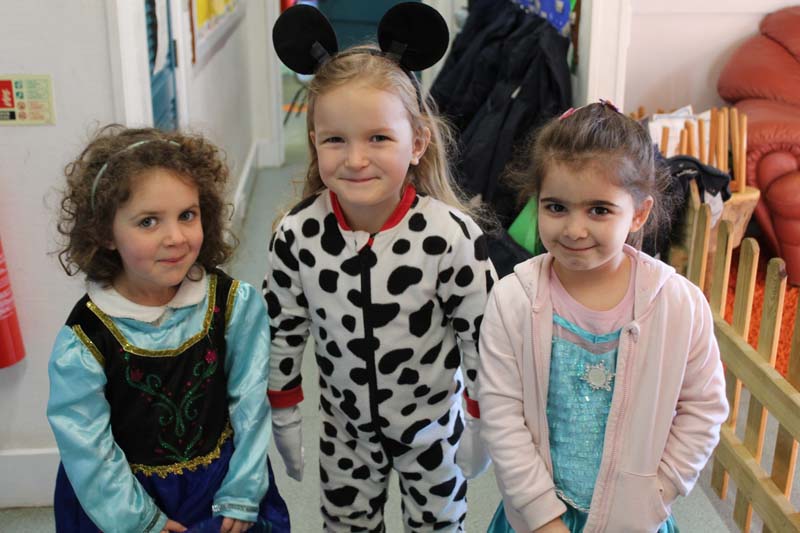 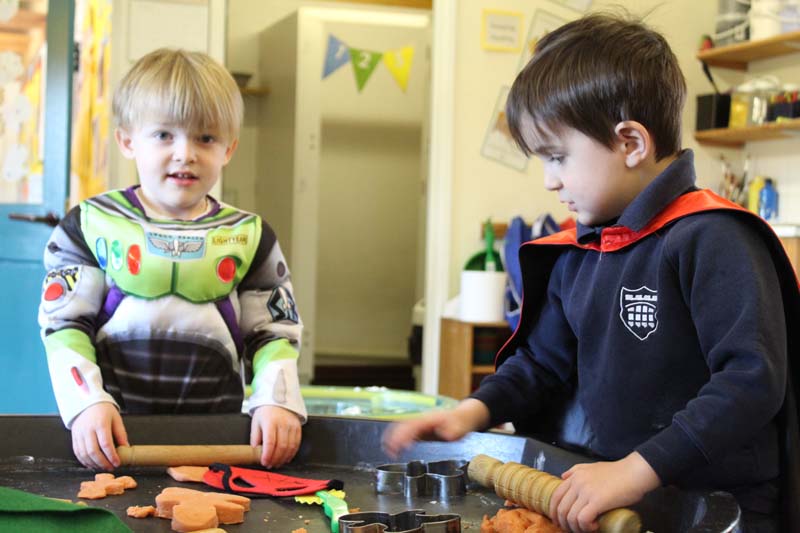 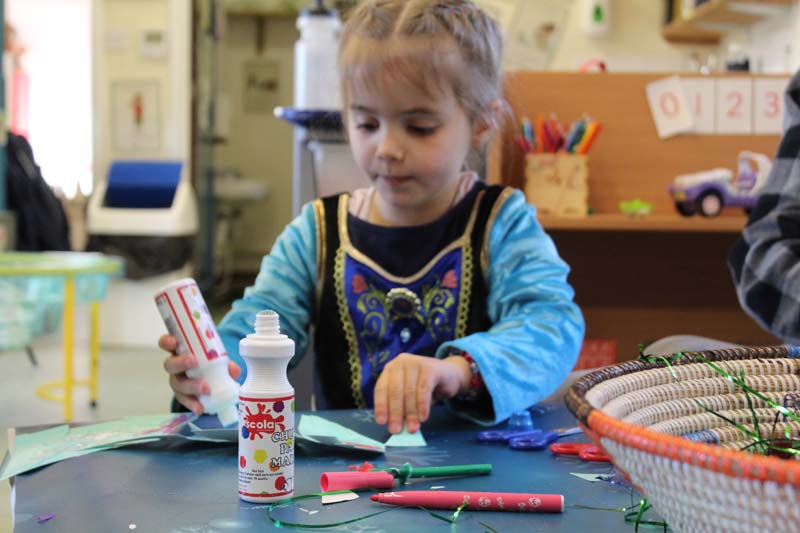 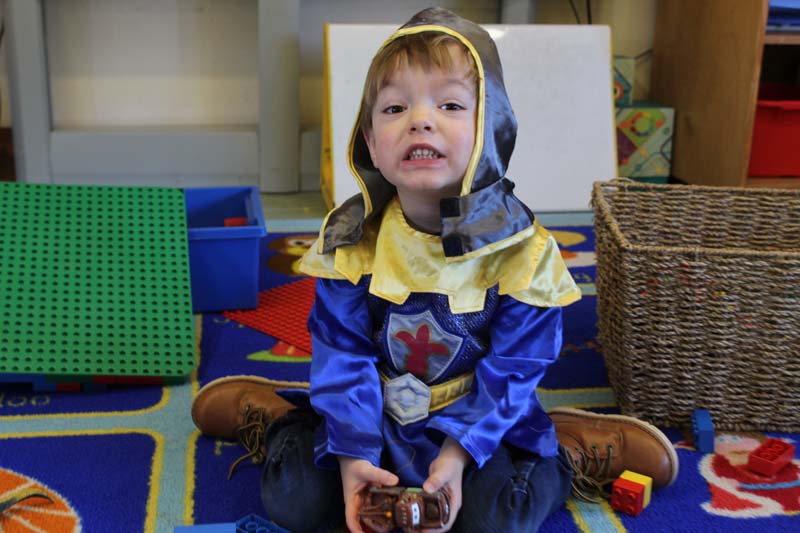 Reception
Reception have been busy enjoying activities around the theme of ‘Jack and the Beanstalk’. They have been doing lots of role play, sequencing pictures of the story and completing a writing task. Working collaboratively the children have been painting characters from the story, making beanstalk leaves and numbering them to 20 and also planting magic bean seeds in the hope they will grow and reach the clouds. 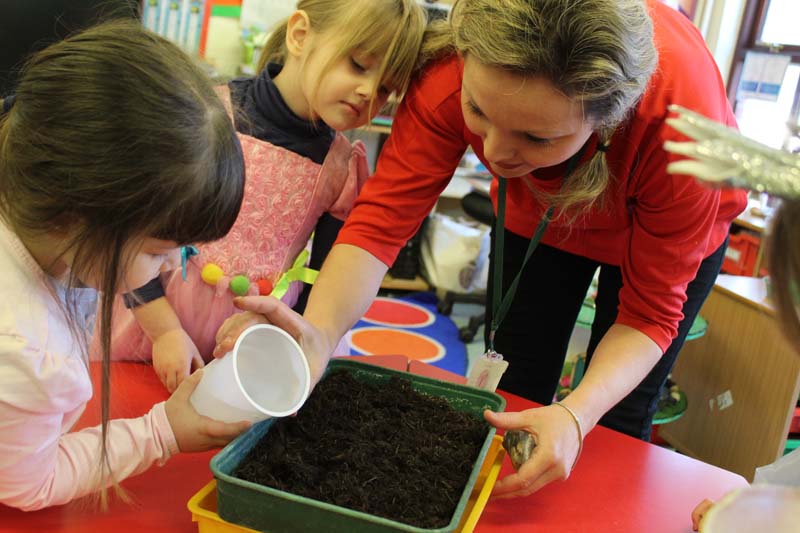 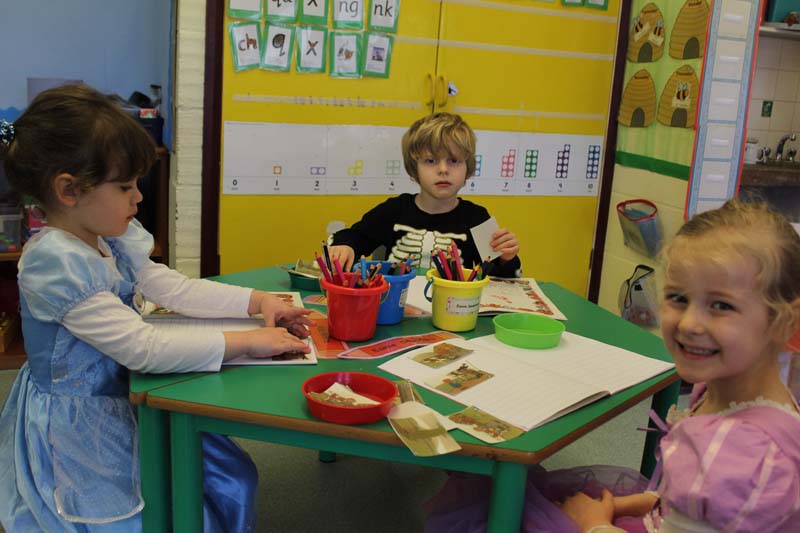 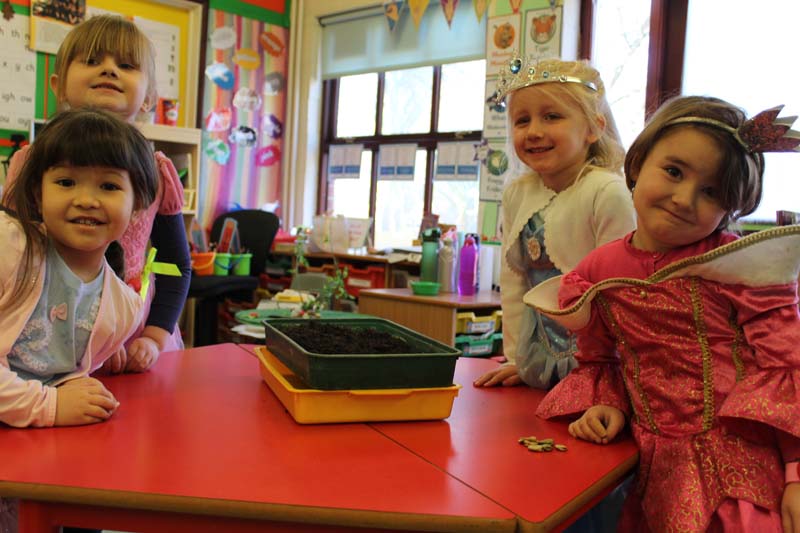 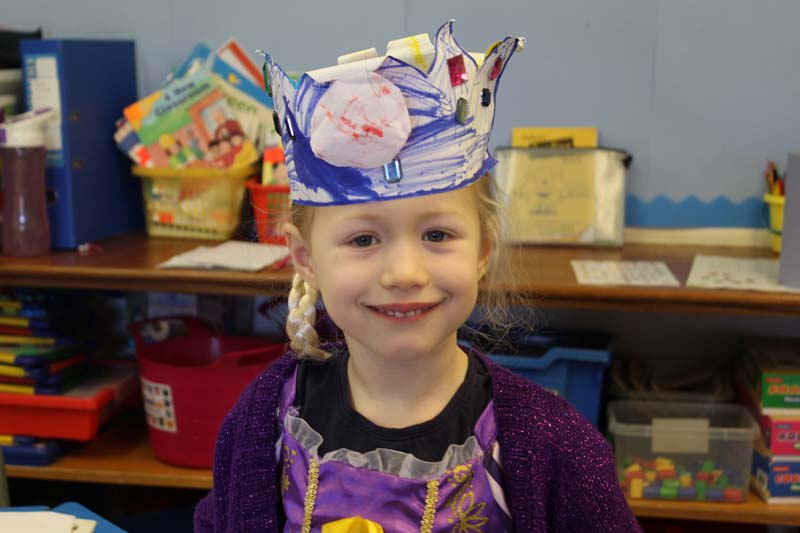 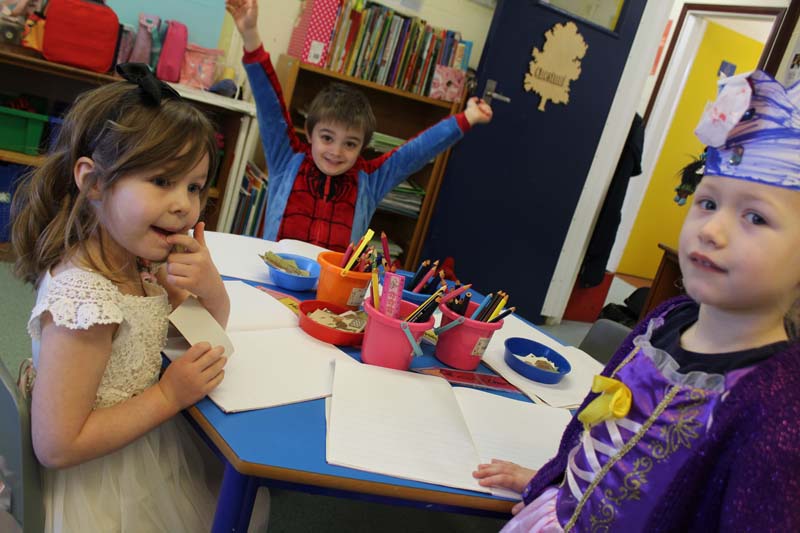 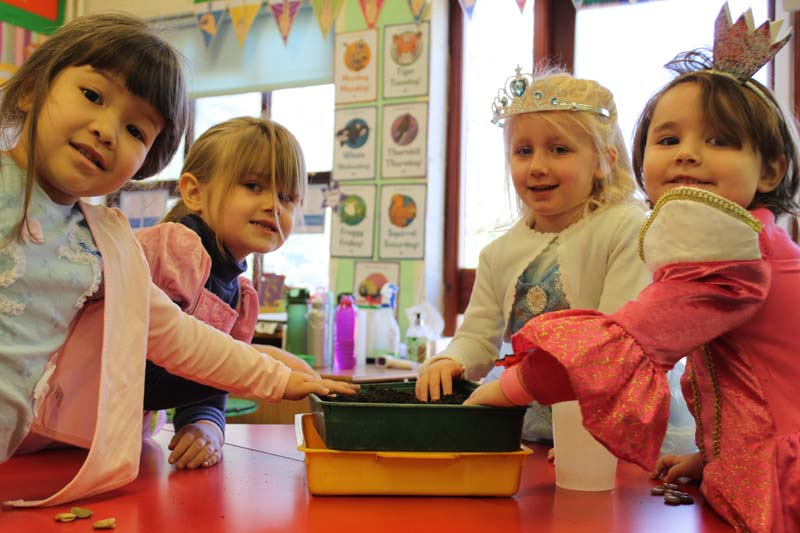 Year 1
Year 1 have had a magical day of fairy-tale activities. The children became intrepid reporters and ‘interviewed’ the characters from The Three Little Pigs. Then, they were challenged and enthralled by a visual puzzle in which they had to lay out Jack’s Golden Eggs in a particular way. Finally, the children displayed their knowledge by taking part in a special fairy-tale themed quiz. What an enjoyable way to spend the day! 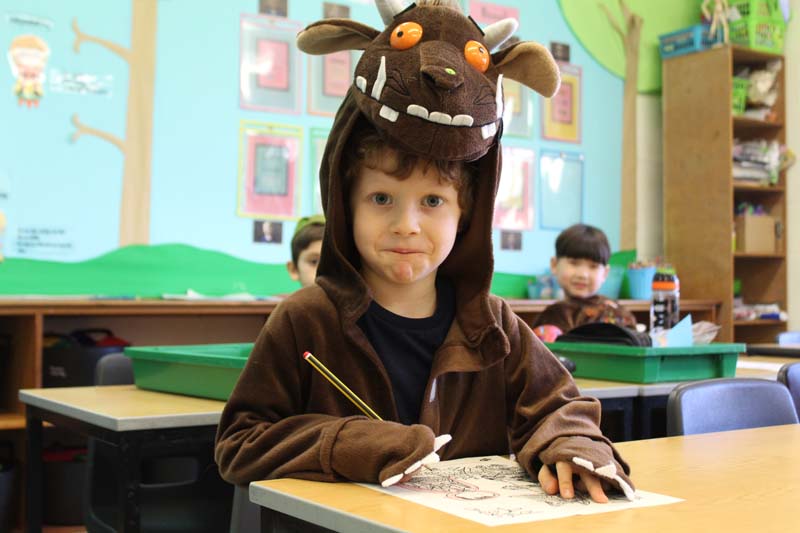 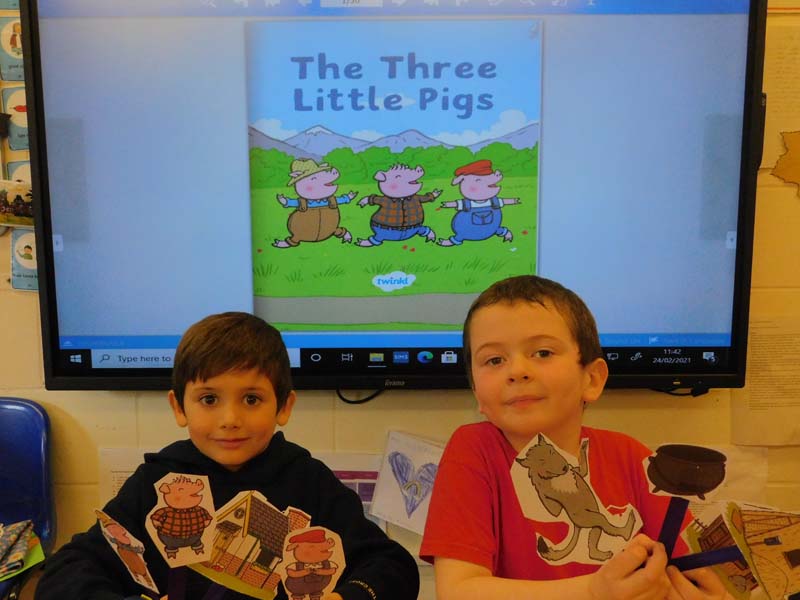 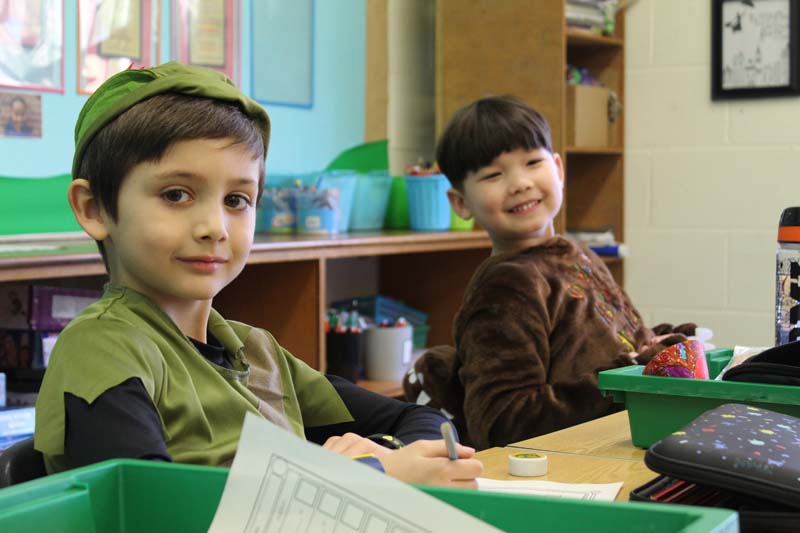 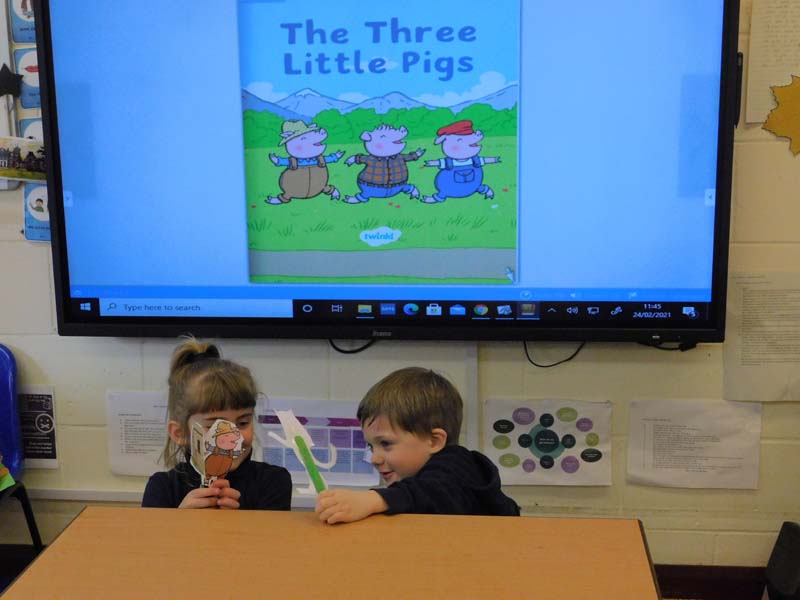 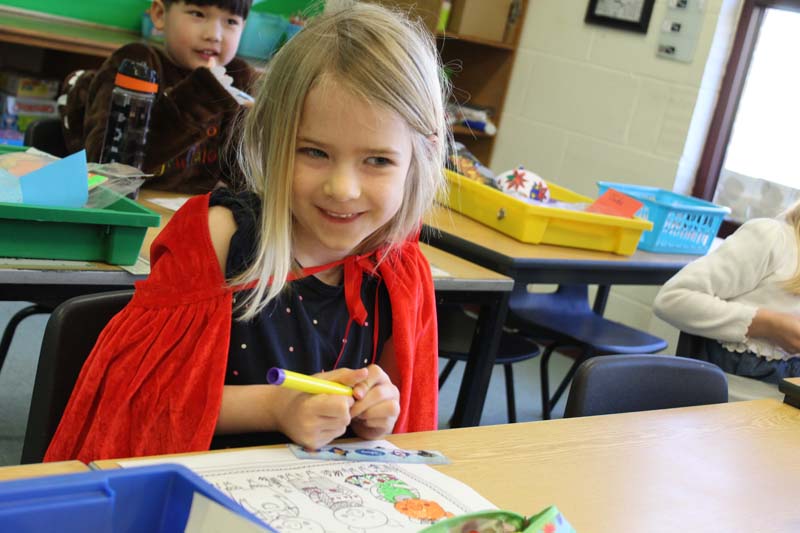 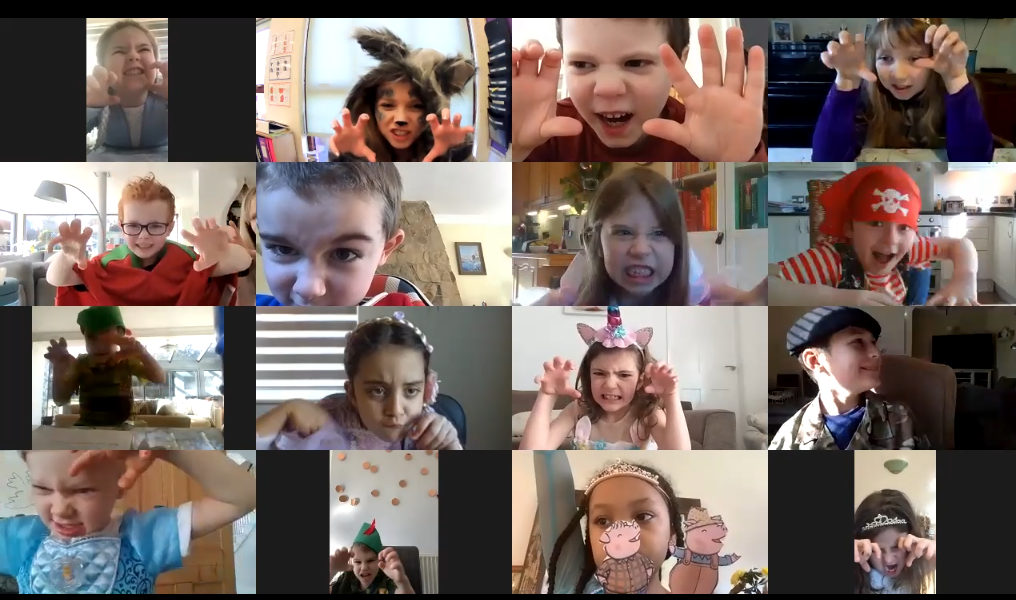 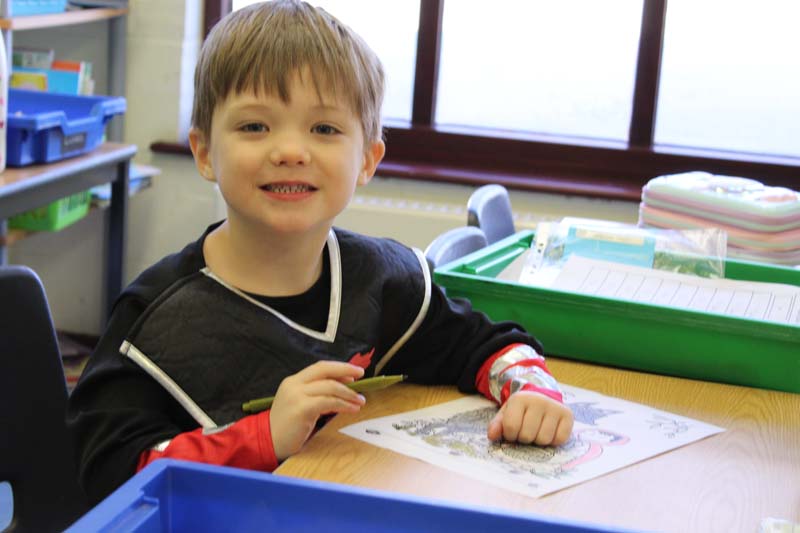 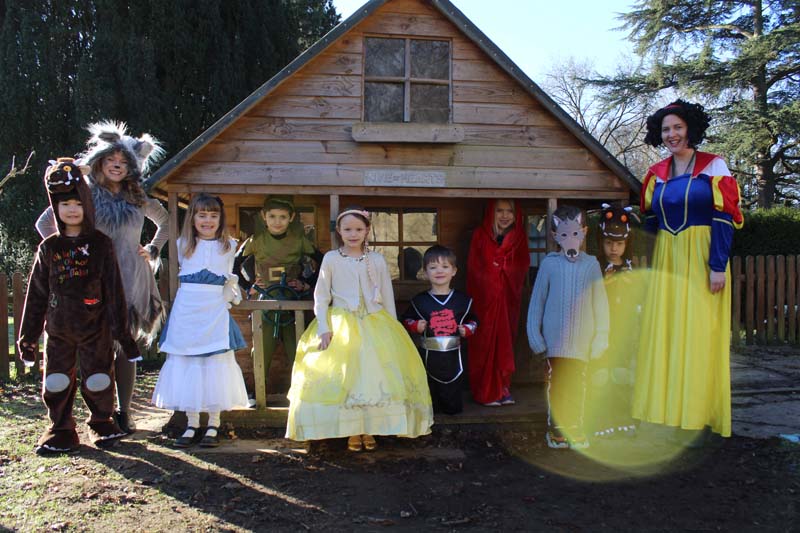 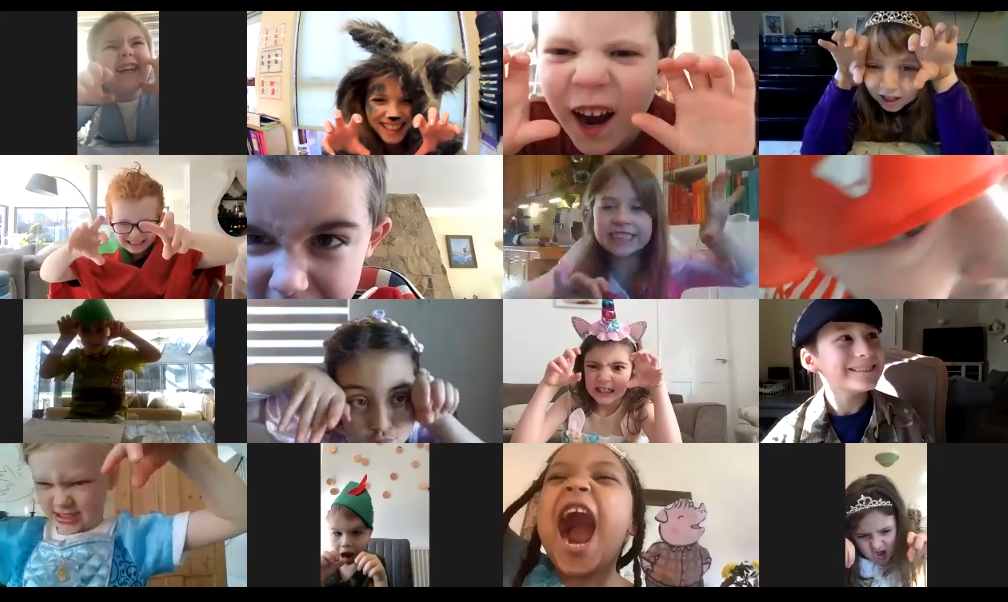 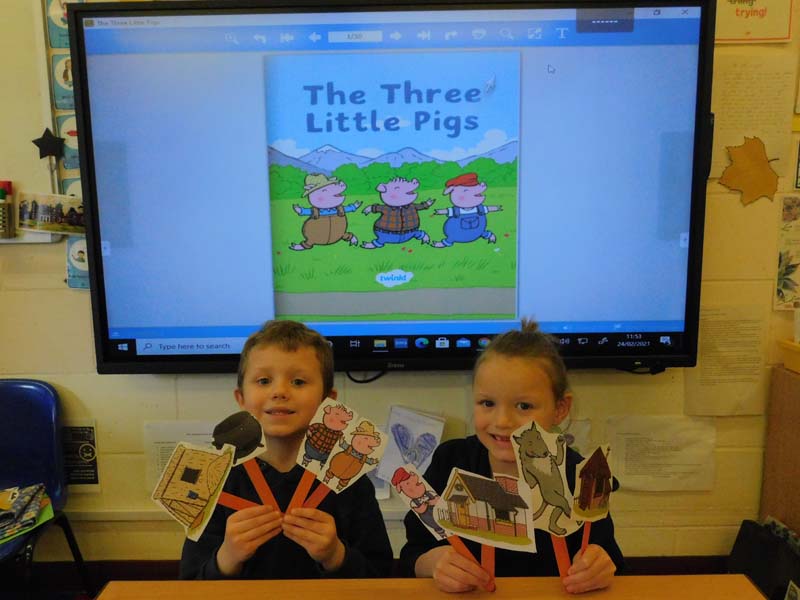 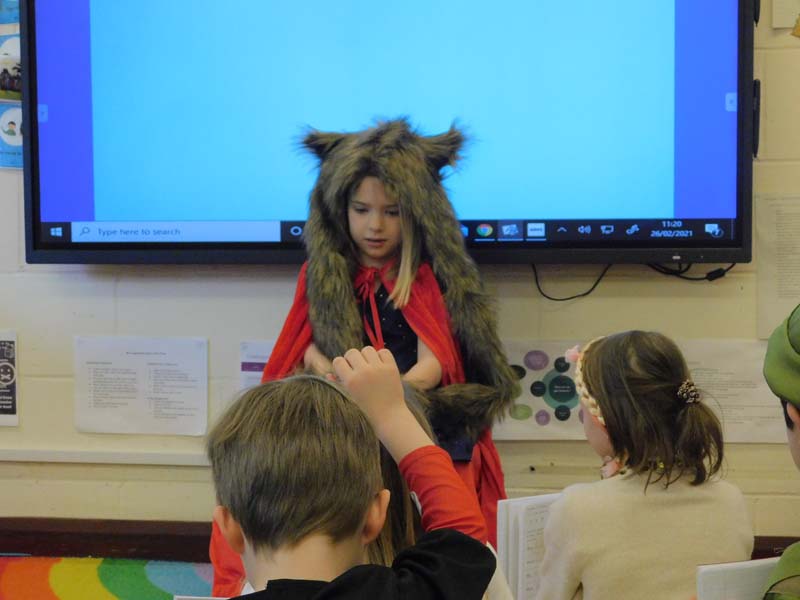 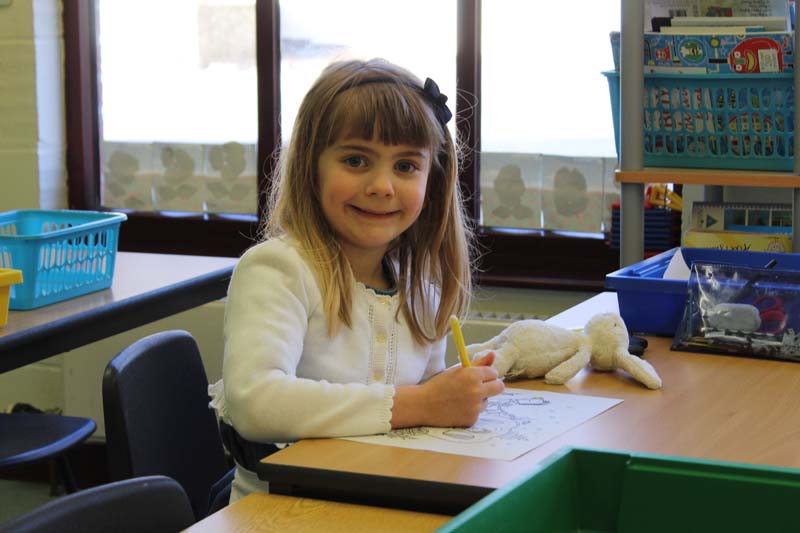 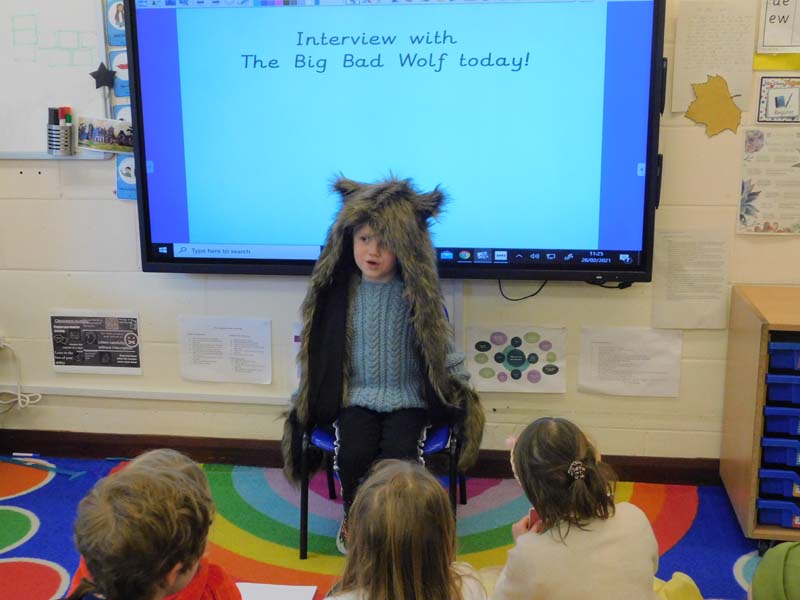 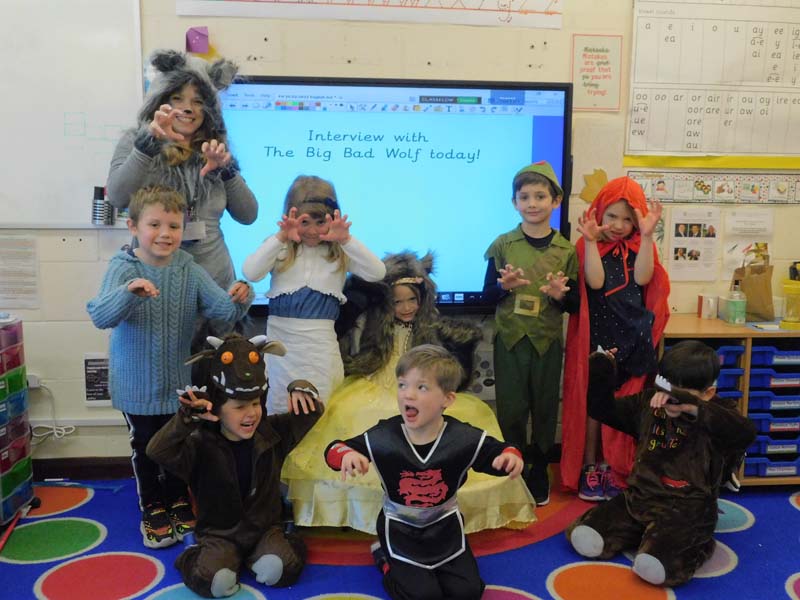 Year 2
For assembly they read stories from: The Stinky Cheeseman and other Fairly Stupid Tales…alternative Fairy tales.
In English they have been re-writing The Clock Tower as a fairy tale. The children have planned their story and worked out how the girl became trapped in the tower and how she is going to get her happy ever after. They have learnt about describing a setting this week using the opening scene to Shrek and how to describe a setting. They have learnt about similes and I will be looking for them and good description in their stories.
In Maths, they have been busy making patterns with 3D shapes and during Forest School we asked the children to create a miniature fairy garden or fairy-tale land. 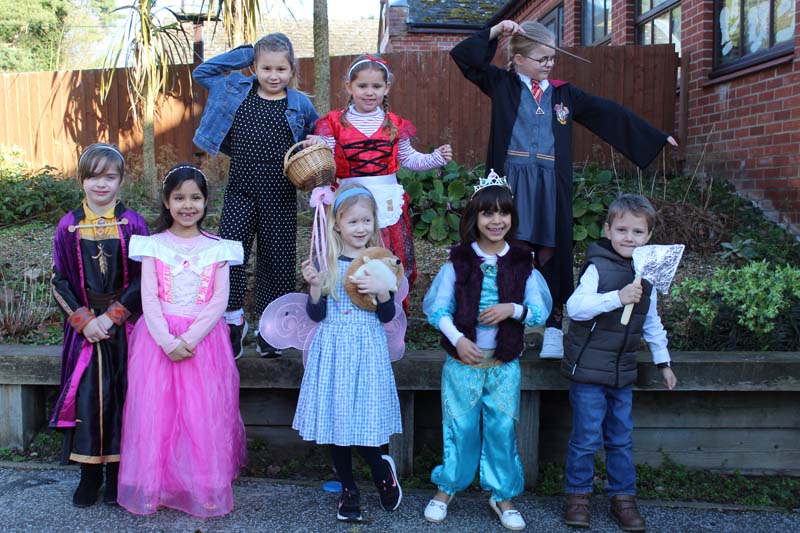 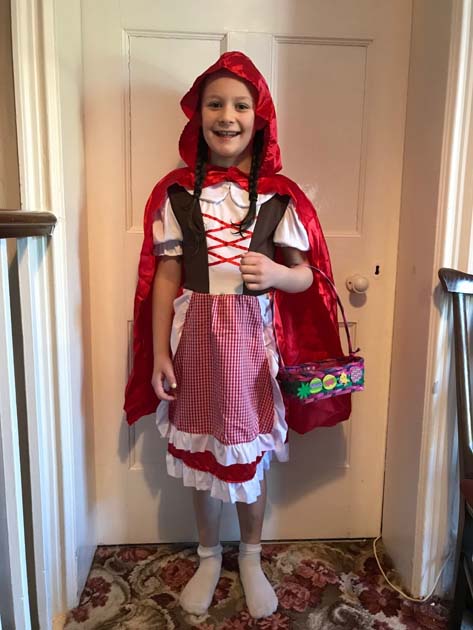