Jumping ahead and overcoming challenges

Congratulations to our Year 6 pupil, Evie B-S who received two fantastic medals through the post recently for the following achievements:

On 26th/27th September 2020 Evie and her pony Tilly secured another qualification for the British Show Jumping Championship finals in the 128 Qualifier which had a first round height of 1.10m. This is the biggest track they have jumped to date. They finished 3rd which was a massive achievement.

She also picked up placings in two other classes which cemented her lead as the top 128 rider in the Eastern Silver League (classes from 95cm to 1.05m in start height) from April to 30th September.

She also headed the Eastern Bronze league (classes up to 90cms in start height) as top 128 rider on her novice pony, Oakley which she had only been riding for 4 months at this point. (The photos of Evie with the medals is what she won for these leagues).

Below are official photos from the qualifier weekend. Photo credit to James Gray Photos. 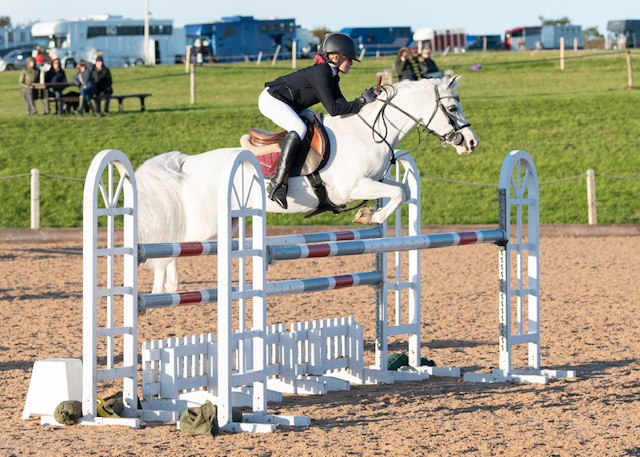 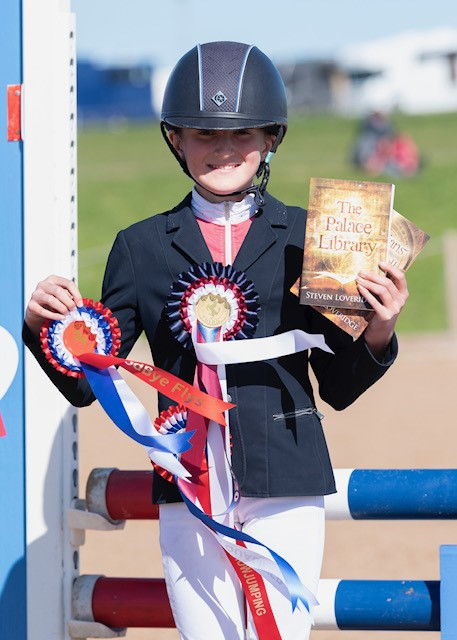 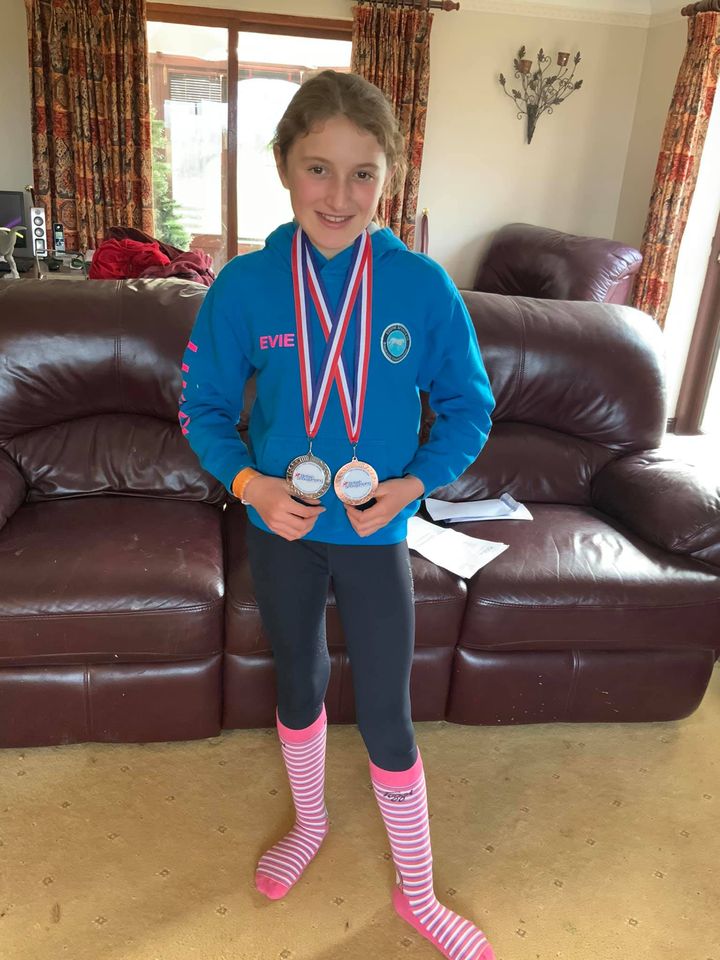 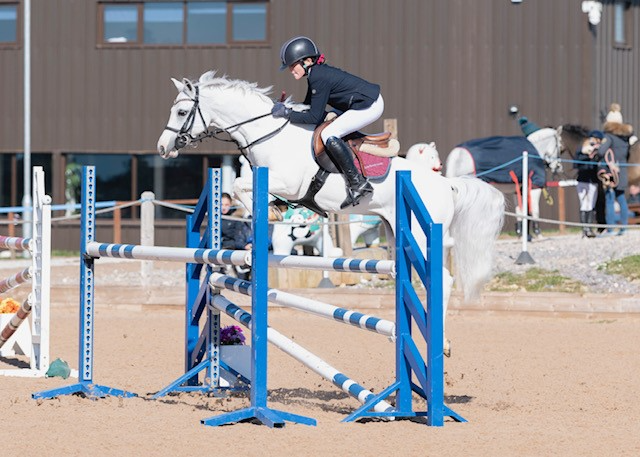 On 9th and 10th of October Evie headed to the prestigious Aintree Racecourse, home of the famous Grand National, to compete at the British Show Jumping Indoor Championships.

She had qualified for two classes, the Pony Discovery Final and the hotly contested 128 Final, on her little grey pony Rockyview Hanah (Tilly).

This was the biggest show Evie had competed at so she was very nervous and this showed a little in her first warm up class and her Discovery Final.

However, after a pep talk from a fellow senior competitor, she managed to control these neves for her second day of competition, in the 128 Final. The fences in the first round were 1.15m, by far the biggest they’ve ever jumped and being a final the course was technical too. All the riders competing in this class are 12 years and under and on 128cms ponies, which is the smallest category of pony registered with British Show Jumping. The fences sometimes look bigger than the ponies!

Evie and Tilly did the most amazing job, just knocking a pole off a fence going into the tricky combination (three fences in a row), so didn’t make it into the jump off but Evie and her family were totally over the moon with how they handled this new step up.

Evie says she’s now ready to take on the challenge again, and so Evie and her family have started a campaign for the 2021 shows and she has already gained her qualification for Winter 128 second rounds. The Final of this competition is held at the Royal International Horse show at Hickstead. We wish Evie every success for 2021.
Photo credits to Majestic Photography 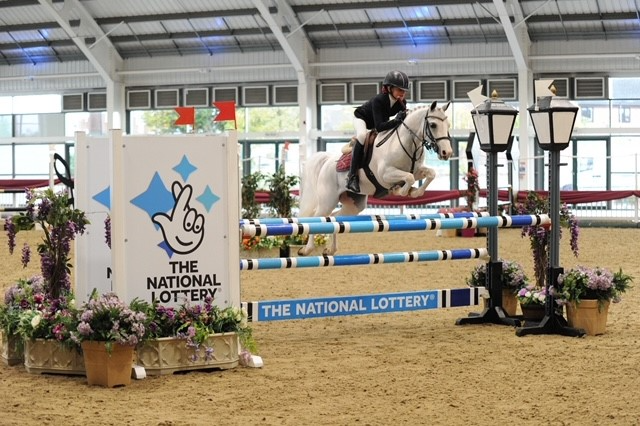 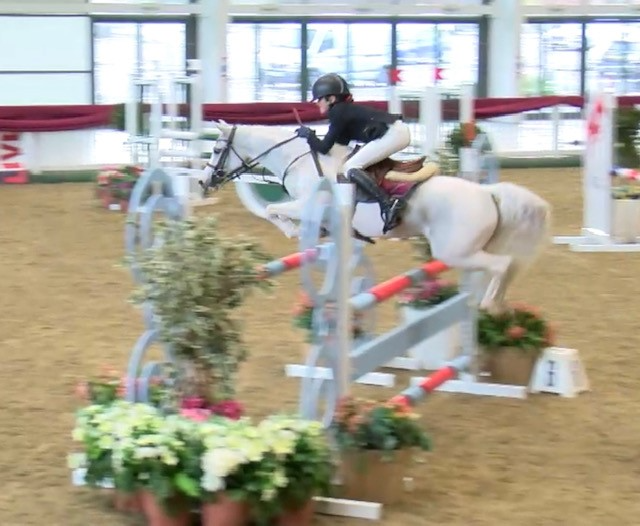 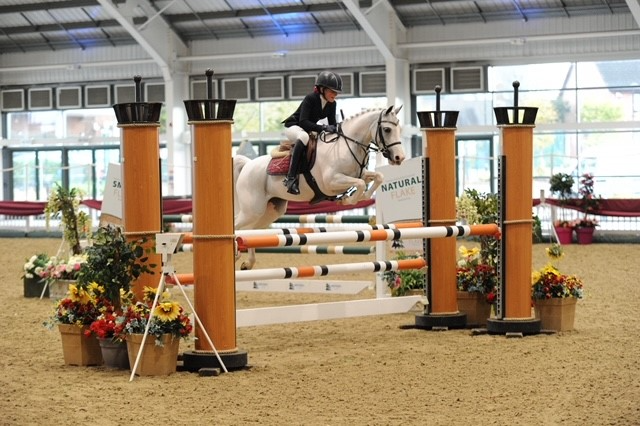